Triton Bay is known as a home to endemic species. Endemism in Triton evolved the same way as it has throughout the Bird’s Head of Papua. Beginning ten millions years ago shifting tectonic plate caused geological upheavals and formed new island chains across the Indonesian Archipelago. Triton’s reef developed into a crossroad for current-borne marine larvae originating from the Banda Sea. Another contributing factor is the tremendous volume of fresh water flowing from the Mainland of Papua into the sea. Most marine larvae cannot survive in low saline environment. Here they survive and flourish. Best time to visit is March to April and October to November.

The indigenous people of Lobo Village believe that the giant Garuda bird once made Kaimana its home. A woman from Warinau Mountain laid 2 eggs. These 2 eggs hatched into one black bird and one white bird. The black bird grew into a giant bird. It is believed that when Garuda set its wings on the sky, it covered the sun above Kaimana. The villagers were afraid of the black bird. One day, Portuguese sailors arrived at Lobo and they shot the black bird, which relieved the entire village. They later built a statue of the Garuda as the reminder that Garuda once lived there. The bones were nowhere to be found. The story of white egg remains unknown. Today, Garuda is the symbol of Republic of Indonesia.

The shadow of 1000-meter tall peaks of West Papua Mainland will welcome you to the Lagoon of Triton Bay. Immerse yourself in the lushness of Papua’s rainforest and Triton Bay’s underwater sanctuary. Hike the peak of Ermun, and end your day by exploring the green coastal areas with a kayak to reach white sand beaches, where coconut trees make perfect shade for a picnic day.

You can find a statue of the Garuda in the village of Lobo. Observing one of Papua’s most impressive displays of ancient rock art by kayaking, located on the opposite side of Namatote. At Namatote and/or Mai-Mai, imagine yourself submerge 3 meters underwater with one or more of the largest fish on earth, up to seventeen-meter whale shark. If you are extremely fortunate, you will also see a dozen dolphins just below the tales of the whale sharks. The reef surrounding Iris Strait, which lies between Aiduma Island and the mainland of Papua, is filled with sea life and soft corals. As you move the deeper toward the bottom, you will notice a little bit of everything from Pygmy Seahorse, Wobbegong Shark to Walking Shark.

Easily spotted from miles offshore is the Mommon Waterfalls falling directly to the sea in the iconic Mommon Bay. Trekking a half day deep into the rainforest of Papisoi will be rewarded by the feeling the spray of the fresh water of a waterfall. In 2007, two of the first surveyed sites broke Dr. Gerald Allen’s Raja Ampat world record for the most fish species recorded from a single dive site – an astounding 330 species recorded from Papisoi Cape dive site alone! Marine surveyors always find new species here. You will definitely enjoy diving in the most abundant fish tank in the world.

The remote island of Karas, located in Fak Fak regency, is home to turtles and pristine beaches. Dugong are often seen here. Here, one can also paddle inside Batu Lubang, a hole connected to the sea and filled hard coral gardens. We can join locals fishing in front of the village of Mas during sunset. Here you will meet some of the friendliest people on the planet living from one fish to the next.

The beauty of its incredible soft corals that emerge from the surface is certainly one of the main marine attractions of Triton Bay. There are more than 959 different types of corals and 471 types of corals known in this area. Other highlights include black coral forests, overflowing sweetlips benches, vibrant macro lives, and a good chance to encounter whale sharks on Triton bay Bagan,  the fishing platforms that these giants come to visit to suck the fishermen net full of fish. In Triton Bay, the forests of black coral, the proliferation of gigantic sponges of all colors will delight the most jaded divers.

Macro photography is also well represented in this region with antennae, ghost fish, and many cephalopods. Bagan fishing platforms are frequented by whale sharks who let themselves be approached and observe for as long as you like. 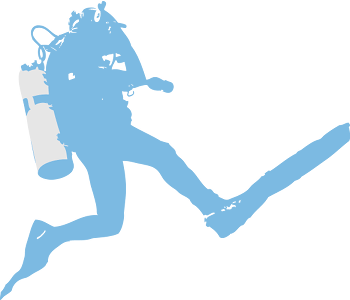